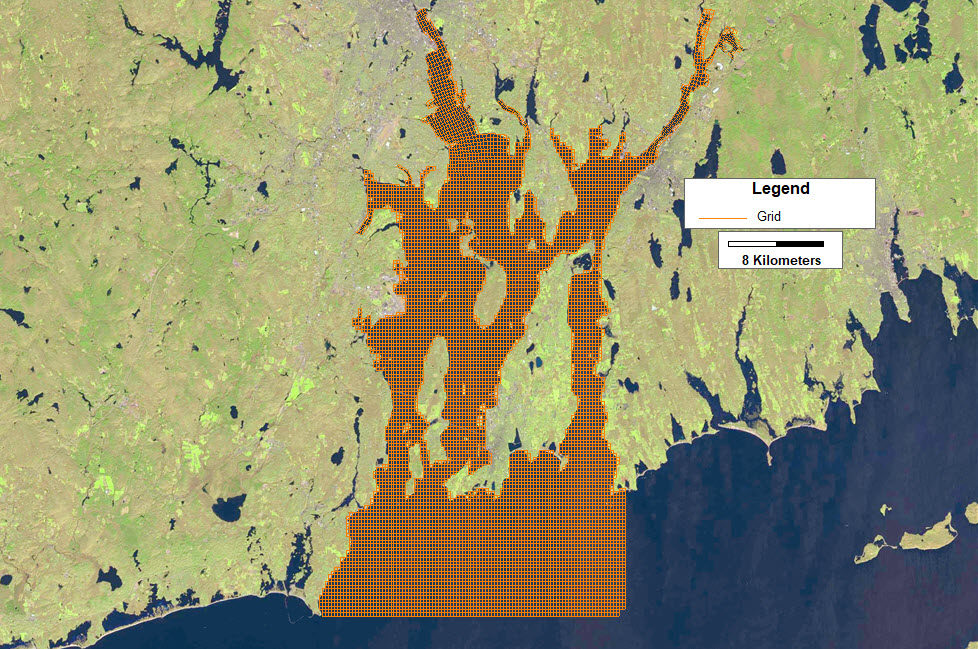 Narragansett Bay is a bay and estuary on the north side of Rhode Island Sound, New England, USA.  The bay suffers from nutrient overload, as well as toxics pollutants from 200 years of industry making it of interest to researchers, industry and the environmental regulatory community.

The Narragansett Bay and Estuary cover 147 mi2 (380 km2), 120.5 mi2 (312 km2) in Rhode Island. The Bay forms New England’s largest estuary, which functions as an expansive natural harbor and includes a small archipelago. Small parts of it extend into Massachusetts.

There are more than 30 islands in the bay; the three largest ones are Aquidneck Island, Conanicut Island, and Prudence Island. Bodies of water that are part of Narragansett Bay include the Sakonnet River, Mount Hope Bay, and the southern, tidal part of the Taunton River. The bay opens on Rhode Island Sound and the Atlantic Ocean; Block Island lies less than 20 miles (32 km) southwest of its opening.

The bay’s currents and circulation patterns greatly influence the sediment deposits within the region. Although the majority of the sediments within the bay are fine grain material such as detritus, clay-silt and sand-silt-clay, scientists have been able to identify 11 types of sediment that range from coarse gravels to fine silts. The bay’s currents deposit fine materials through the harbors of the lower and middle sections of the bay, and the course, heavy materials are deposited in the lower areas of the bay, where the water velocities are higher. Sediments in the bay and its rivers, especially in the Providence and Fall River areas, are laced with pollution from decades of direct industrial discharges.

The most salient feature of the phytoplankton of Narragansett Bay is the high mean level of abundance as compared with New England coastal waters, with main species being diatoms. The whole phytoplankton group has a more pronounced seasonal and annual fluctuation and it is largely due to changes in the concentration of diatoms.

(Source Wikipedia and Save The Bay)

This model grid contains 9,152 cells, and is a Cartesian grid, with an average orthogonal deviation of 0.12 degrees. This grid was built using EFDC_Explorer.